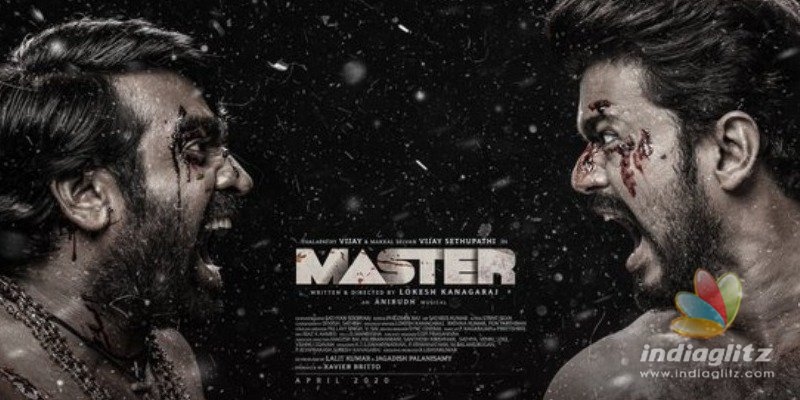 The third look of Thalapathy Vijay’s ‘Master’ has just been released and in one word it’s Mindblowing.  The landscape image has Vijay and Vijay Sethupathi at each end in ferocious roar against each other promising a huge battle of wits and might in the film

The first look had Vijay in a hazy pic and the next one saw him in mass avatar with a finger on the lips as if to say “shut up” to his enemies.  Now the ‘Master’ third look has both the Thalapathy and the Makkal Selvan killing it together putting expectations for the movie to the top of the meter.

‘Master’ directed by Lokesh Kanagaraj with music score by Anirudh has Vijay, Vijay Sethuapthi, Malavika Mohanan, Andrea Jeremiah and Shantanu Bhagyaraj in the cast.  Sathyan Sooryan is taking care of the cinematography while Philomin Raj is in charge of the edits.  The much-awaited film will be a grand summer treat for fans.